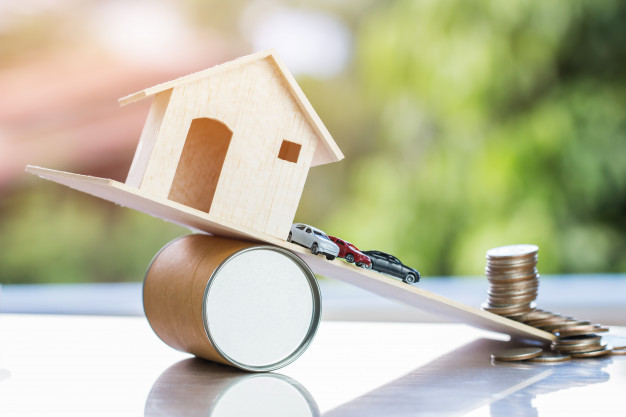 Much has been written about the recently revised Centrelink Pension Loan Scheme (PLS). It is a government funded reverse mortgage loan that  offers eligible seniors (not necessarily pension recipients) increased pension payments advanced as a reverse mortgage loan. Borrowers must be property owners and the loan is secured by a caveat over their home, or an investment property.

Some articles have incorrectly stated that eligibility is restricted to Australians of Age Pension age who are currently receiving an eligible pension. This is not the case – You do not have to be receiving a pension to be eligible for the PLS.

The loans are administered by Centrelink and are offered at a fixed interest rate, (currently 5.25%) and the loan funds are advanced as extra payments on a fortnightly basis. There are no lump sum payments available. This is a significant difference between the 2 loans, with conventional reverse mortgage loans offering Lump Sum payments as well as regular instalments and cash reserve facilities.

The maximum income available on a combined Age Pension and Centrelink PLS income stream is 150% of the Age Pension rate per annum. As with conventional reverse mortgage loans, the loan amounts received are not taxable and do not count in terms of the Age Pension income test.

Both loans require a property valuation and borrowers pay for establishment fees and charges.

The pension Loan Scheme offers pensioners who only require extra income on a fortnightly basis a lower cost option to obtain those funds. Payments are limited to the difference between the amount of pension they are currently receiving and 150% of the full pension rate.

Would you like to find out the options available to you? Contact Reverse Mortgage Finance Solutions today for a free discussion on how you can better meet your financial requirements in retirement.

For seniors investigating their options for finance during their retirement, home reversions schemes might come up as a potential option.

As a product, a home version scheme is only available in Sydney and Melbourne through Homesafe Solutions in partnership with Bendigo Bank. It basically is a part sale of the home, at a discounted rate against its future value – sounds complicated? Yes, it is.

Let’s use an example

It is not a loan but regarded as a real estate transaction and therefore does not come under the Credit Act and its consumer protections.

As it is a lump sum only, it misses the advantages of the traditional reverse in that an income stream and Line of Credit are not available.

With a reverse mortgage, interest is calculated only on the drawn amount. As a Home Reversion Scheme is a lump sum only, the cost of providing those funds has a higher end debt to the consumer.

Its only real advantage is for those clients wanting a higher lump sums than the amounts allowed by either the Reverse Mortgage lenders or the Regulator (ASIC).

In comparison, a reverse mortgage can provide you with a more cost effective lending structure, greater flexibility and options to meet your long term needs.

Are you interested in finding out your finance options in retirement? Contact us today for a discussion with an expert who can listen to your needs and find the right solutions to fit.

The number of mature age Australians carrying mortgage debt into retirement is soaring.

And on average each mature age Australian with a mortgage debt owes much more relative to their income than 25 years ago.

Microdata from the Bureau of Statistics survey of income and housing shows an increase in the proportion of homeowners owing money on mortgages across every home-owning age group between 1990 and 2015. The sharpest increase is among homeowners approaching retirement.

For home owners aged 55 to 64 years, the proportion owing money on mortgages has tripled from 14% to 47%.

Among home owners aged 45 to 54 years, it has doubled.

Source: Authors’ own calculations from the Surveys of Income and Housing

Meanwhile, the average mortgage debt-to-income ratio among those with mortgages has pretty much doubled across every home-owning age group.

Source: Authors’ own calculations from the Surveys of Income and Housing

The soaring rates of mortgage indebtedness among older Australians have been driven by three distinct factors.

First, property prices have surged ahead of incomes.

Since 1970 the national dwelling price to income ratio has doubled.

Prices and wages in 1970 are assigned an index of 100. Sources: Treasury, ABS, Committee for Economic Development of Australia

Despite weaker property prices, the ratio remains historically high. This means households have to borrow more to buy a home. It also delays the transition into home ownership, potentially shortening the the remaining working life available to repay the loan.

Second, today’s home owners frequently use flexible mortgage products to draw down on their housing equity as needed for other purposes. During the first decade of this century, one in five home owners aged 45-64 years increased their mortgage debt even though they did not move house.

Third, older home owners appear to be taking on bigger mortgages or delaying paying them off in the knowledge that they can work longer than their parents did, or draw down their superannuation account balances.

Super could be changing our behaviour

For mortgage holders aged 55-64 years, there is evidence to suggest that larger debts prolong working lives.

In 2017 around 29% of lump sum superannuation withdrawals were used to pay down mortgages or purchase new homes or pay for home improvements, up from 25% four years earlier.

In the Netherlands, where a mandatory occupational pension scheme along the lines of Australia’s super scheme has been in place for much longer, over one-half of home owners aged 65 and over are still paying off mortgages.

The base is the total number of uses of lump sums rather than the number of people taking lump sums. ABS 6238.0 Retirement and Retirement Intentions

The implications are huge

Internationally, studies have found that indebtedness adds to psychological distress. The impacts on wellbeing are more profound for older debtors, without the ability to recover from financial shocks.

Debt-free home ownership in old age used to be known as the fourth pillar of the retirement incomes system because of its role in reducing poverty in old age. It allowed the Australian government to set the age pension at relatively low levels.

Mortgage debt burdens late in working life will also expose home owners to unwelcome risks, as health or employment shocks can ruin plans to pay off their mortgages.

During the first decade of this century, around half a million Australians aged 50 years and over lost their homes.

Taxpayers will be under pressure to help

Super and government housing assistance could become the safety nets that allow retirees to escape their mortgages.

It is a change we’ll have to come to grips with.

Original article can be found here.